Video of Harold Pinter's lecture on the occasion of being awarded the Nobel prize in Literature (46 min.)

I remember seeing The Caretaker at the Tricycle in Kilburn last year and being duly impressed by it. The production was taut and somewhat reminiscent of Beckett in the rundown sets and characters. There was a continuous sense of imminent menace or violence, and a sort of case study in bullying. [After I posted this I remembered thinking that three or four of the lines clunked a bit in one scene, where there was a sense of the voice of the author coming through rather than a particular character.]

He wrote about power, its fluctuations, development and interactions. In the film the Servant, power migrates with feeble resistance from the ineffectual employer to the butler, through his inexorable and merciless coercion.

Those are the two productions I remember. There were those late, angry political essays and poems that I saw as well from time to time, in Granta for example. You can find examples of his poetry and make your own mind up about it: here.

His Nobel lecture is fascinating both in the introductory remarks about the inspirations for his literary work and separately, when it turns to politics. Others are far better qualified to comment on what he says, and have done and continue to do so. All I will say is that he has me convinced, and I was convinced anyway from bits of what Chomsky and others had already said. For all the good it does.
Posted by Ossian at 2:24 am No comments:

Email ThisBlogThis!Share to TwitterShare to FacebookShare to Pinterest
Labels: review

It's a long way from Tipperary

An hour of short stories a month in the comfort of a London coffee-house – what more could you ask for? In the first of this event series Pulp Net presents: award-winning short story author Helen Simpson, story writer and debut novelist Chris Killen, Costa writer-in-residence Davy Spens and Willesden’s finest, Stephen Moran.

Run time: 7.30pm – 8.30pm.
A suggested donation on the door of £3 is requested towards running costs. Note: Places are limited to 40, assigned on a first-come first-served basis from 7.15pm.

Email ThisBlogThis!Share to TwitterShare to FacebookShare to Pinterest
Labels: journal 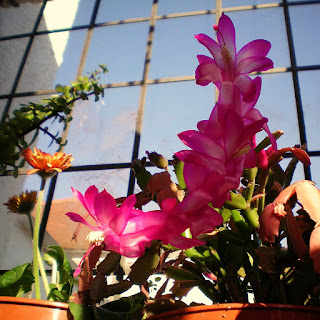 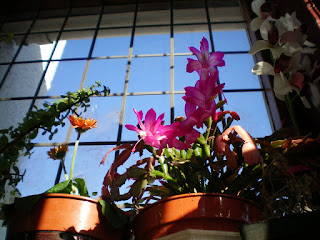 The flowers look more spectacular every day, especially on this sunny morning. The petals are like fine satin or silk.
Posted by Ossian at 11:30 am No comments:

Note: The videos below are being decimated by WMG copyright injunctions. The George Best tribute used to be to Ordinary World by Duran Duran, which was an excellent soundtrack, but now has some maudlin song that I don't like at all.

I know I've been going on about this, but I also want to add that Last.fm and iTunes do not show what I have been mainly listening to, because lately it's mostly YouTube music videos, which are not counted. The playlist recently has been:

The Pogues - A Pair of Brown Eyes:

Each one is favourite for a while but some, such as the Duran Duran/George Best tribute and David Bowie "Bring me the disco king" and Blondie (hachachacha) - can't resist - Atomic, terribly louche but so evocative of the era; I can see that there are troubling images in it, perhaps "glamorising drug-taking" (a stupid thing to do) but also what's with the lady with the black eye?; still, for the music. (Some versions of the video cut off the naff intro bars.) Also - partly for the local connection - "Duffy - Warwick Avenue" (embedding not allowed). There are others, too many to list but you can find them all here.

As I look back through my favourites list, I feel the enthusiasm coming back, but I can't list them all again. Unfortunately some have disappeared (and keep reappearing and disappearing) from YouTube, such as everything by Diana Ross and the Supremes, though I've managed to capture some of them with Real Player. I think the best pop video ever is probably the Supremes "You keep me hanging on", for the sheer joie de vivre - it makes me smile all the way through. So does the live video of "Where did our love go", one of the best live videos, I think, though the audience are like statues and the dancing is a bit lame, but the sound - ah, the sound. I have a soft spot for the Ed Sullivan Show clip of "Love Child" too - a great song and a great Diana Ross performance.

And I've just remembered, I've been enjoying Oasis (how many years late?), at least these two superb videos. "The Masterplan" is inspired by L. S. Lowry's paintings - beautifully drawn, especially at the beginning and end.

Also this one, "Stop crying your heart out", which would have made the perfect and sinister lament had Barack Obama not won the US presidency in November, which thankfully he did. So we are left with this incendiary, ambivalent image of either doom or hope, not sure which.

Oasis - Stop crying your heart out:

I don't believe that anybody educated and conversant with manifest reality truly believes in God. Anyone who claims to is only fooling himself or herself, but they all get together and play "let's pretend" and "la la la we're not listening".

I'm not happy that there is no God but then as somebody said, "if God lived on our street people would break his windows."

Facebook to enable members to track friends on other sites

"Social networking website Facebook has launched what could yet prove to be another controversial application in the form of a tool that allows users to track 'Facebook friends' activities on other sides." (Telegraph)

If they keep it up, I'm going to bin my Facebook pages and membership.
Posted by Ossian at 6:38 pm 2 comments:

Eating a Scooby snack sans a few teeth
Posted by Ossian at 5:40 pm No comments:

Email ThisBlogThis!Share to TwitterShare to FacebookShare to Pinterest
Labels: video

My top most played tracks on Last.fm

I think my Last.fm profile gives a truer picture of my listening habits for the past year than my iTunes chart (below) because it tends to consist of things I choose to listen to, not what I happen to have hoovered into iTunes from some ancient cheap cd or whatever. With Last.fm you can play whatever you want to, pretty much - though it has some limits on how many times. I see that according to my profile, my top ten for the past twelve months are:

1. Katmandu - Cat Stevens
I played this free, but I've since bought it. It is gloriously tuneful and with interesting lyrics. I love the little bell it starts with, and everything about it.

2. Jealous Guy - Youssou N'Dour
I love the way he pronounces things and he comes across as a very gentle sort of person, counterpointing Lennon's sharp edges.

3. Amy Winehouse - Back to Black
Moody and magnificent. I've tired a little of it now, but it's a classic.

4. Gordon Lightfoot - Beautiful
I found this on Last.fm and the clue is in the title. It is. It amazes me that it should be fourth in my list for the year, though. There must be something wrong with these statistics, I think.

4 (equal). Gordon Lightfoot - Sundown
In spite of the daft lyrics, I love the sound, just the impressions of sensuality hinted at. "I can see her lying back in a satin dress/In a room where you do what you don't confess". I don't know why this one is here and not some others, can't remember listening to it that many times but it's a sort of "old reliable", I guess.

6. Elvis Presley - Flaming Star
What I like about this is it has that sound that you sometimes hear when in town you stray into a record shop and it's bouncing and bumping on the speakers and you think, everything should sound this great. It's quintessential of its type and very moody, with a strange folksy intimation of mortality. It's like cool water when you're thirsty.

8 x 3. Two Katie Melua's - actually I've decided that these are unlistenable. I was in love with her voice for a while but the words are dreadfully trite and the tunes are actually just one sweet hook with a load of clunking, laboured bridges. I'd really far rather have Dusty Springfield here and perhaps Joan Baez, but I listen to them on a CD player in the kitchen on Sunday mornings so Last.fm can't count them.

The last one is Al Green - Tired of Being Alone: just always hits the mark - also nonsensical lyric-wise, but who cares?
Posted by Ossian at 1:33 am No comments: