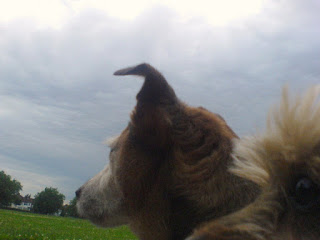 Against the gregarious indifferent

Woke up with a few more thoughts on loneliness etc. For argument sake let's divide humanity into two types, the gregarious and the solitary. People may move from one group to the other over time and certainly there will be degrees in both.

This condition of gregarious indifference is what is so objectionable about alcoholics. You will note the one-sided conversations, the drunken midnight phone call that's all "me me me", demanding interaction and repetitive but utterly indifferent and unreceptive to any response. The purblind, gregarious indifferent are to be avoided like the plague.

Anticipating the objection that one can care about people but not care what they say: I'm not suggesting that caring what people say is the same as caring about other people but it's a bit more than just "being a good listener". I think caring what people say is at least part of the way down the road to caring about other people in general (whatever that entails).


May 2011: Re-reading this I'm thinking either everyone should care what people say, or possibly nobody should care what anybody says and so the whole thing collapses. It's all tendentious, I think. I could have made it much simpler: I just don't like drunks who want to talk but not to listen.
Posted by Ossian at 1:46 pm

Everything "the accepted wisdom" tells me and expects from me, I tend to disbelieve and do the opposite, which I find is usually a better course. They say only write if you have to write, I say only write if you don't have to write. They say it doesn't matter what you write, I say don't read that crap. They say some Gregorian domestic data download is thrilling beyond description, I say all they read is the cover. They say gut-wrenchingly, superlatively sublime, I say the writer has an exotic name. I don't care what people say.
Posted by Ossian at 10:42 am