10 tracks not to slash your wrists by (on YouTube)

There is a cd called "Tracks to slash your wrists by" (apparently). So I thought why not an opposing list? Just from a quick browse through my YouTube favourites:

1. Summertime Blues - Eddie Cochran
You don't have to be tall.

2. Eloise - Paul and Barry Ryan
You don't have to be cool.

3. My Perfect Cousin - The Undertones
You don't have to be intelligent.

4. Itchycoo Park - The Small Faces
You don't have to be able to dance.

5. Anthem - Leonard Cohen
You don't have to be perfect.

6. Angel Flyin' Too Close to the Ground - Willie Nelson and Shelby Lynne
You don't have to be with someone.

7. For My Lover - Tracy Chapman
You don't have to be sane.

8. The Harder they Come - Jimmy Cliff
You don't have to be rich.

9. I Dreamed A Dream - Susan Boyle
You don't have to be young and beautiful.

thoughts on listening to songbird by fleetwood mac

Fleetwood is an archetypal English character and John McVeigh is a hero for carrying the torch for Christine through it all, even when she sucks up to that abominably cheesy guitar virtuoso interloper. It's a "blues Abba" with Mick, John, Christine and Stevie. I love the way John clutches Christine at about 1:04 into this. You have to realise he's carried a torch for her forever and she's in with the glib mother's boy guitarist interloper whose name I've happily forgotten. She's the biggest eejit for that but she's also mother earth and all the rest.

John McVeigh's explanation of the pull of their music is that the bass leads the way and Mick Fleetwood's drumbeat follows a couple of microseconds (or whatever) behind, which gives it that distinctive flavour (drum usually sets/is on the beat) and empathy with a love scene in the court of a jester king (Fleetwood). (I don't know if I'm making any sense.)

2011: I should add I know nothing about them really, the above is just the way I imagine things might be.
Posted by Ossian at 12:03 pm No comments:

Email ThisBlogThis!Share to TwitterShare to FacebookShare to Pinterest
Labels: review 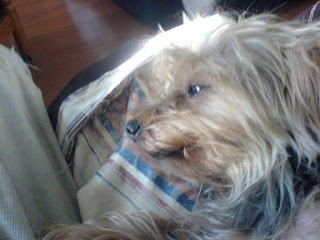 Posted by Ossian at 6:23 pm No comments:

Antony and the Johnsons-You Are My Sister


another version of this. (that was Boy George duetting there of course.) don't know if all the models are transgender - hardly matters. they're beautiful anyway.


...and here's another glorious bit of music: 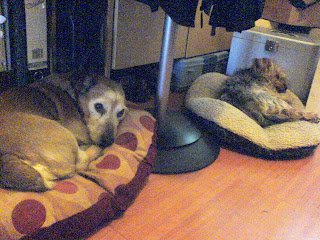 They don't do much typing but they are great receptionists
Posted by Ossian at 11:58 pm No comments: